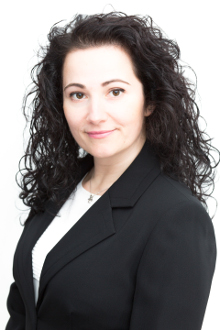 “I am very proud to be a Labour Councillor for Whalley Range ward. I have had the privilege to serve our vibrant and diverse community since 2012.

I’m originally from Greece, but chose to make Manchester my home over twenty years ago (and I’m now a naturalised British citizen). I was just one among many attracted to this welcoming, forward thinking city from all over the world. When I moved into Whalley Range, I quickly fell in love with this beautiful, leafy area and have lived here ever since.

My path into politics began during time working for voluntary and community organisations, during which I came to be passionate about my adopted city and also the challenges of equality, fairness and sustainability. When the Conservative / Lib Dem coalition government came to power in 2010, I like many others wanted to get more involved in politics to fight against their plans, and in 2011 I put myself forward to become a Manchester City Councillor. Thanks to the support of the Whalley Range voters I won the election and so proudly became the first ever Manchester councillor of Greek heritage.

Since then, I’ve been happily hard at work supporting local residents and groups on the issues that affect our area – from dealing with fly-tipping and reporting blocked drains, to being an advocate for residents and our area. I have especially enjoyed being part of local projects and supporting our diverse community groups.

In May 2017 I was delighted to be chosen by my fellow councillors as Executive Member for Environment and Skills. I was ready to take this on as I believe strongly that, despite the pressing environmental problems we face, we can find lasting solutions that will make a positive difference to the lives of all Mancunians. By pulling together and using everyone’s potential, we can all make our city a greener and more pleasant place to live.

Manchester already has much to offer its residents and visitors. But although there are ambitious developments and improvements to infrastructure, we still have a great deal to do to make sure that the benefits of economic success reach those who need them most. Together with my fellow Whalley Range councillors Mary Watson and Aftab Razaq, our aim is to identify the problems that are of greatest concern in our community, and focus on the day to day challenges faced by our residents.

I promise to do all I can to represent you in the Council, to continue to work year round to serve our communities and try and protect them from the worst of the Government’s cuts, and above all to make Whalley Range a better place to live for us all.”