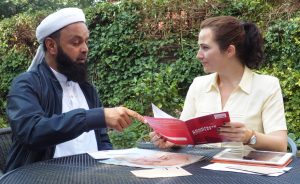 Eligible Labour Party members and supporters have until noon on Wednesday 21st to cast their ballots in the leadership election between Jeremy Corbyn and Owen Smith.

Councillor Aftab Razaq has decided to vote for the current leader. “I haven’t always agreed with Jeremy Corbyn’s politics or his style of leadership” says Aftab, “but I was very disappointed that some MPs chose to challenge him just at the time that the party should have been uniting to take on the new Tory government under Theresa May. I think he should be given more time to show whether Labour can effectively challenge for power under his leadership. Whoever wins, let’s start looking to the future now.”

Councillor Angeliki Stogia, the Chair of Whalley Range Labour branch adds “Regardless of who you support, make sure your voice is heard by casting your vote in this important election”. The ballot closes this Wednesday and the result will be announced at the Leadership Conference the following Saturday (24th).