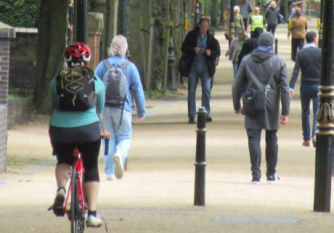 The Greater Manchester Cycling and Walking Commissioner Chris Boardman has launched a wide-ranging public consultation on the proposed Beelines scheme, to reduce traffic congestion on the region’s roads through improved cycling and walking routes. The proposed network is not primarily for people who already cycle or walk for the majority of their journeys – instead, its focus is to enable the two thirds of people who currently use their car as their main mode of transport, to walk or cycle. More details of the proposals can be found on the TfGM website.
The Whalley Range Labour councillors would like to hear the views of local residents on the scheme, and have organised a drop-in consultation session, to be held on Saturday 22nd September from 11.30am-1pm at Manley Park Methodist Church, 82 Cromwell Ave, Manchester M16 0BG.
Councillor Angeliki Stogia says “Whalley Range residents are affected more than most by the proposals, as the proposed Chorlton to City Centre cycle corridor will run along Upper Chorlton Road. But there are also many minor enhancements in the pipeline to promote walking as well as cycling in our ward. We will be on hand on Saturday 22nd to explain a bit more about what’s been planned so far, answer your questions and listen to your views and suggestions. I hope you can come along”.