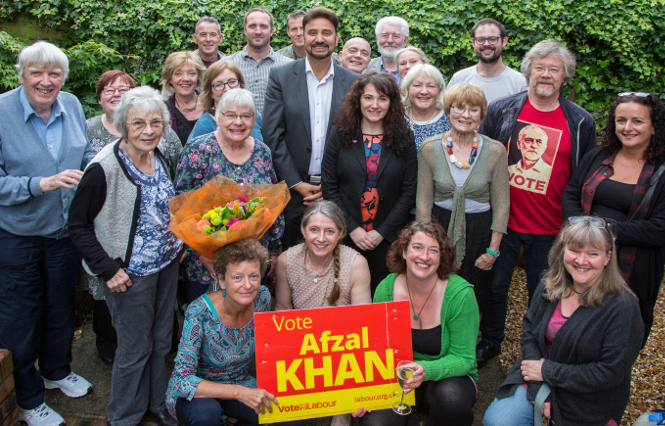 Afzal Khan, seen here with Whalley Range Labour members and supporters, has been elected as our new Member of Parliament with an overwhelming majority. He says “There is no doubt that the country faces some difficult times ahead – problems which are entirely the making of the Conservative Party and Theresa May. With my fellow Labour MPs, under the leadership of Jeremy Corbyn, we will provide a strong Opposition and start preparing for a future Labour government. Thank you to everyone who supported me.”
The votes cast for each candidate here in Whalley Range (on a turnout of 76.4%) were: