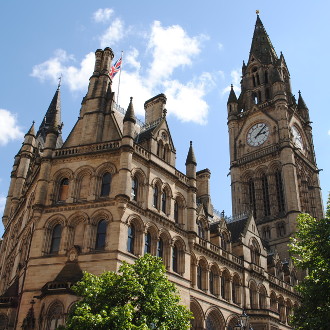 After the dreadful attack at the Manchester Arena in May, Manchester people from all communities have come together to show solidarity against this atrocity. But there has also been a reported upsurge in racially motivated hate crime, particularly directed against women. Whalley Range Labour councillor Mary Watson proposed a motion in the Council meeting on 12 July speaking up both for Muslim women who have faced abuse, but also Manchester women generally who may feel less safe in the city as a result of the attack.
Mary’s speech to the Council and the following contributions by Councillor Aftab Razaq and others can be watched here, and the full text of the motion was:

Through the dialogue with local communities following the Arena attack we know that women and girls from all backgrounds have been impacted. Younger women and girls are fearful of being caught up in another attack and express concerns about going to places they would usually go to or want to go to.
Muslim women, particularly those identifiable by the clothing they wear have reported an increased fear of hate crime and reprisal attacks. Some have experienced hate crime or hate incidents directly and haven’t always felt empowered to report this as many regard it as an ongoing pattern evident well before the attack.
All women need to feel safe to go about their daily lives and interact with others. There is a need for encouraging women to speak out about their experiences and fears, to be listened to and to feel that they can report Hate Crime when and if it happens. There is also a need for empowering the community to combat ‘bystander apathy’ and to harness people’s capacity to safely practically support someone who is being targeted or is at risk of being targeted.
Women are strong influencers in their homes and in communities and it is recommended that the Council uses the principles embedded in the ‘Our Manchester’ strategy to: