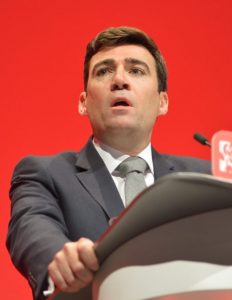 As a result of the government calling a General Election for Thursday 8 June, the parliamentary by-election for the vacant seat of Manchester Gorton has been cancelled. The seat will of course be contested as part of the General Election, with Afzal Khan standing for the Labour Party.
But the GMCA Mayoral election is taking place this coming Thursday 4 May, with Andy Burnham as the Labour Party candidate. Many people are (quite understandably) confused about election dates following the government announcement, so it’s very important to remind your (Labour supporting!) friends, work colleagues, family and neighbours that this election is still happening, and that they need to turn out and vote. Postal voters will already have received their voting packs and should complete and return them as soon as possible.